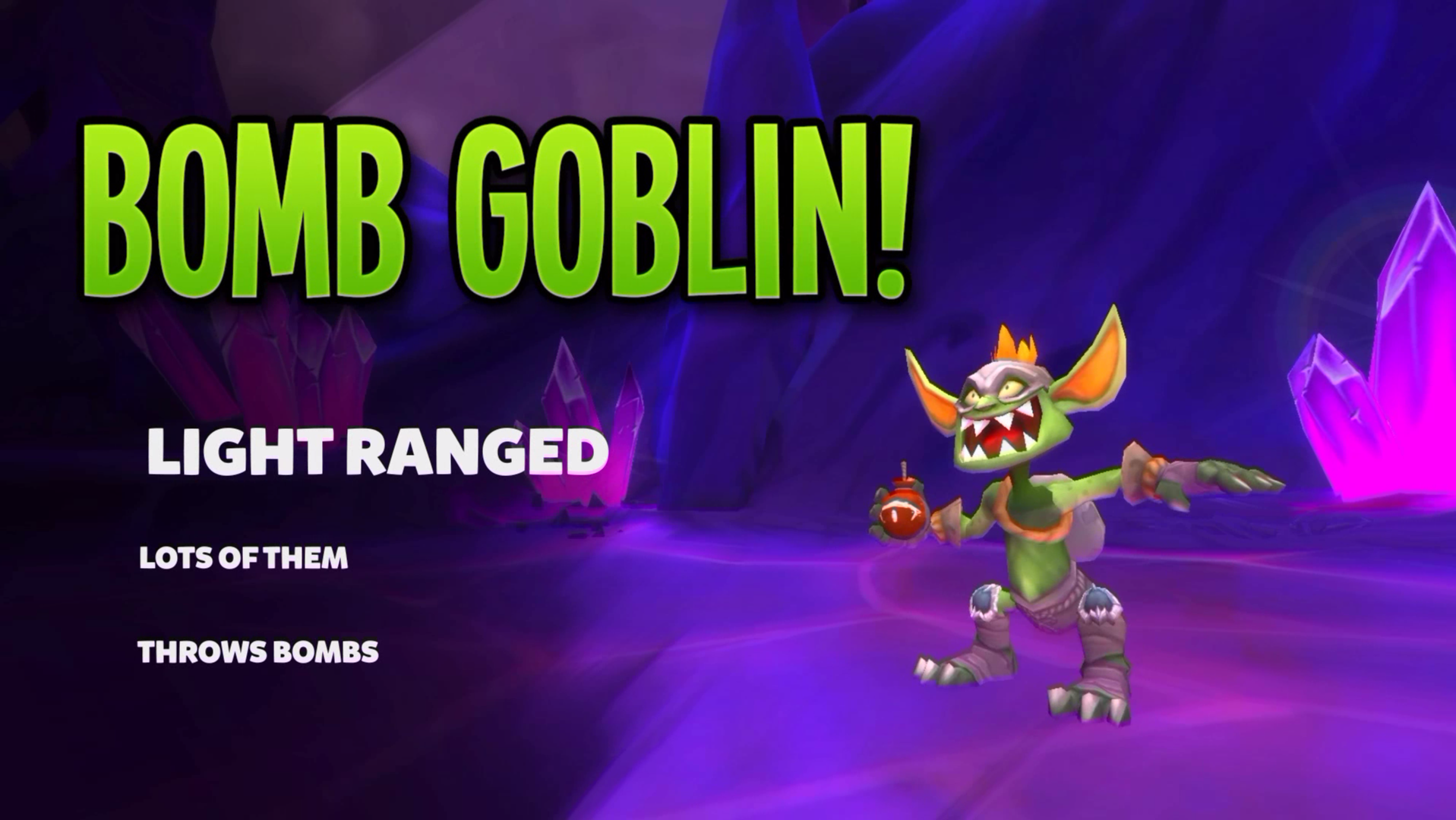 They will throw bombs into the air to bombard towers and heroes. They can throw these bombs over walls and towers, and in large groups they will be able to take out towers put behind walls, without doing much of anything to the wall itself.

Bomb Goblins have a much smaller amount of HP, and are not strong or weak against any specific element.