The Shadow Costumes are a set of themed costumes that are basically black versions of a heroes's default costume. Only The Apprentice, The Squire, The Huntress and The Monk have a Shadow Costume. They can be bought from the Seamstress or in the cosmetic interface. The costumes cost 800 gems each.

The Apprentice - Mage of Shadows

Take your first steps down a darker path...

The Squire - Knight of Shadows 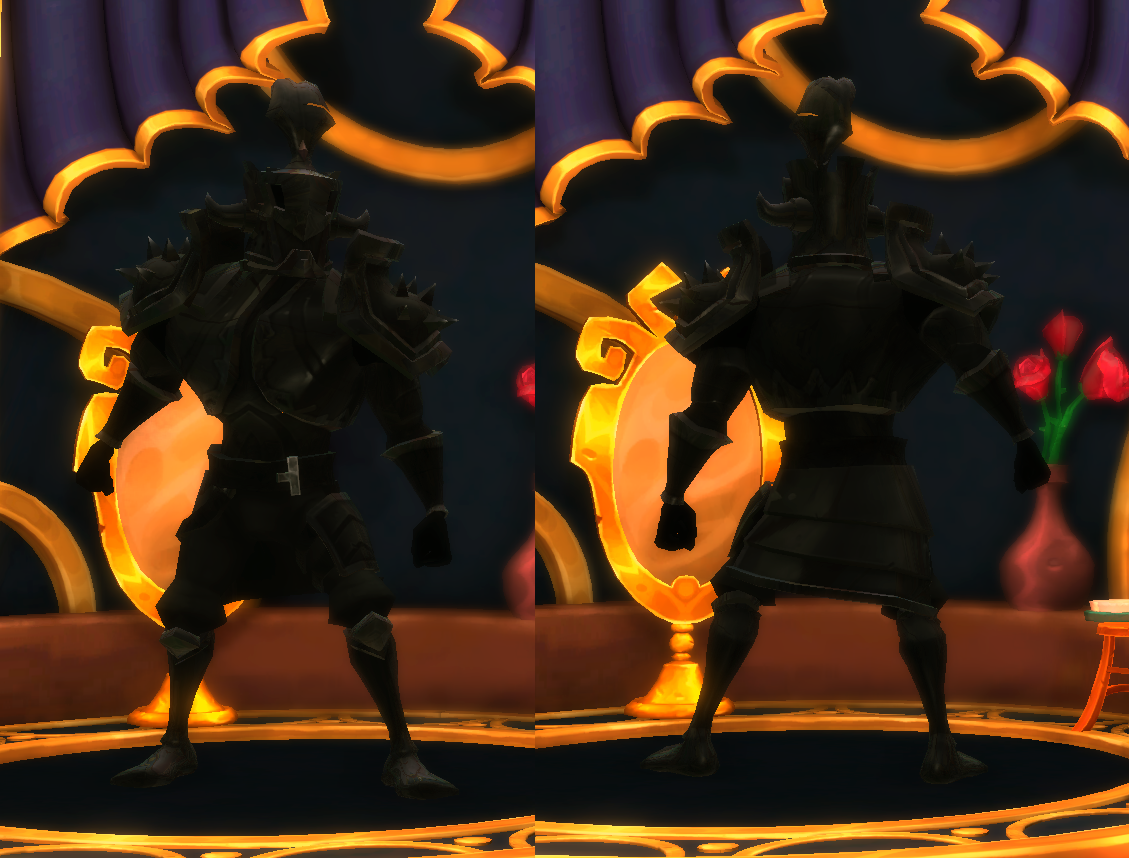 Back in black, let loose from the noose.

The Huntress - Huntress of the Shadows

Black is DEF my color.

The Monk - Monk of Shadows

Melt into the tapestry of the night sky.