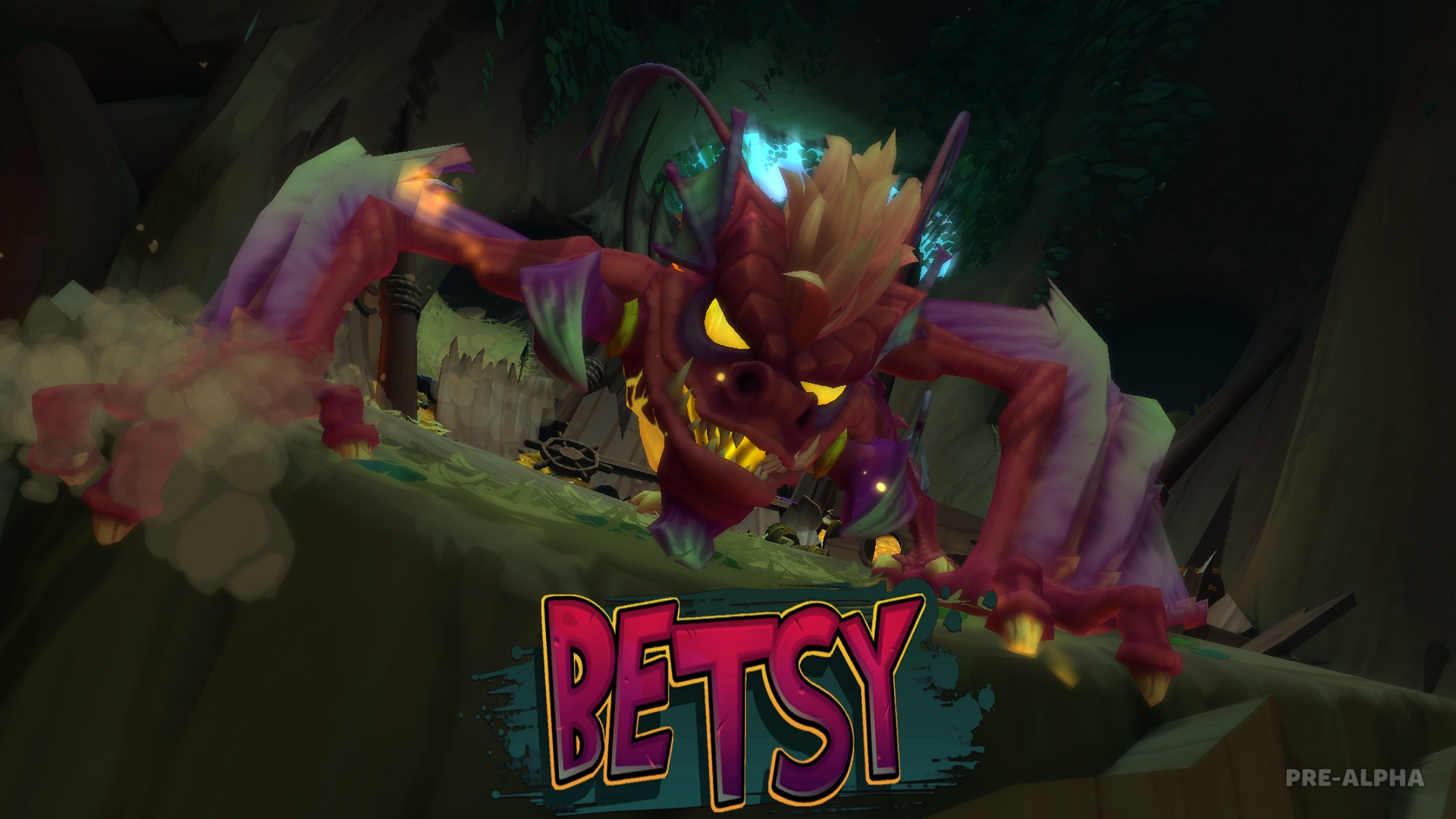 Betsy Mother of all Wyverns

Betsy: The Mother of Wyverns is found in The Wyvern's Den Map. She serves as the first major Boss the player will face. During the map she will spend most of her time up on her perch assisting her allies or taking fly-by attack swoops. She is only able to be damaged on the 5th wave.

During the first 4 waves, the map will play out as a normal map. Place defenses for each lane and prepare for normal enemies as you have seen through the campaign so far. Every now and then Betsy will use one of a few abilities to help allies or hurt heroes. On waves 2 and 4 she opens extra flier lanes that spawn Wyverns

Once the fifth wave begins Betsy will land on her nest. She will roar causing parts of the heroes destroyed ship to fall blocking the two center lanes creating ramps to reach her nest.

During this final wave enemies continue to spawn in the outer three lanes. Betsy will periodically take off fly around map then land again.

Occasionally while flying she will breathe fire onto the middle main objective damaging it.

The Encounter continues like this until either a main objective is destroyed (either by her or other enemies) or she is defeated.

Once she is defeated the wave ends. 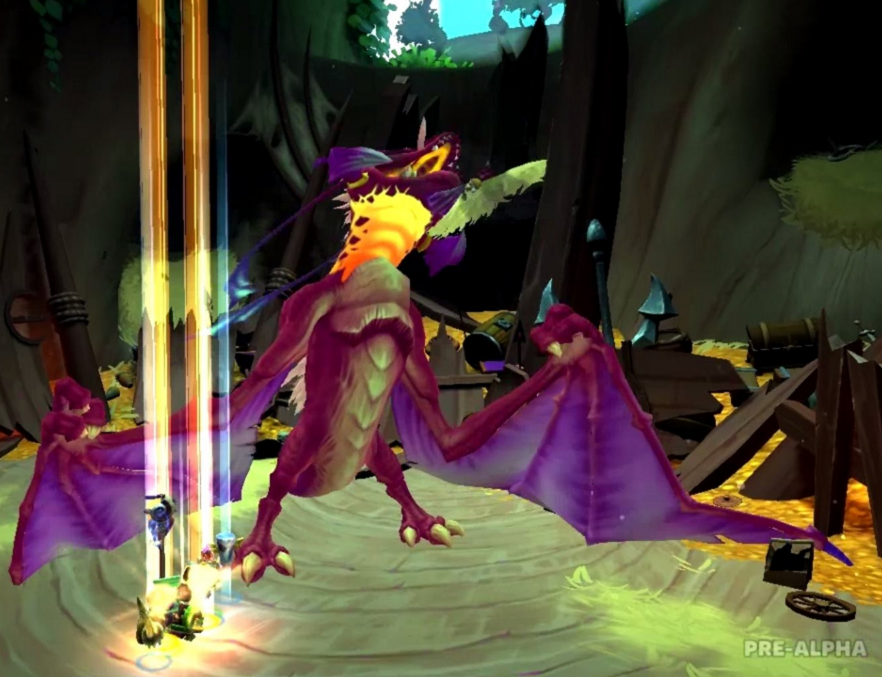 Betsy is guaranteed to drop at least one item of legendary quality for one of the main four heroes, Huntress' Aerial Bane, Monk's Sky Dragon's Fury, Apprentice's Betsy's Wrath, or Squire's Flying Dragon.